The New York Times published an article on March 17th that discussed a book titled “Leaders” published in India by Pegasus. On Pegasus’s website, the book’s description says it will discuss 11 leaders from around the world that “will inspire you”. Other leaders that the books talks about are Obama, Gandhi and Nelson Mandela. The publishing manager said that they were not saying Hitler was a good leader, but rather just portraying how powerful he was. The article goes on to discuss how Hitler is misunderstood and glorified in many parts of Asia. The main concern is that children reading this book will believe Hitler to be a good person, as some textbooks in Asia do not highlight Hitler’s extermination of Jews instead claiming him to be a prestige, good ruler.

While this book was only published in India, it caught the attention of the American public because it is truly astounding that Hitler could be placed along side some of the greatest politicians and leaders of all time, some of whom are American. In class, we talk a lot about how children should be educated about the Holocaust, and with the number of living survivors declining it becomes increasingly more important that children know of the crimes and atrocities that Hitler committed. To put Hitler on a pedestal with other amazing heroes of the world, children will talk of Hitler as an icon rather than a criminal.

With further research, I found that this book was eventually pulled by the Indian publisher. I have also attached that link here. https://www.theguardian.com/books/2018/mar/26/childrens-book-praising-hitler-as-amazing-leader-pulled-by-indian-publisher 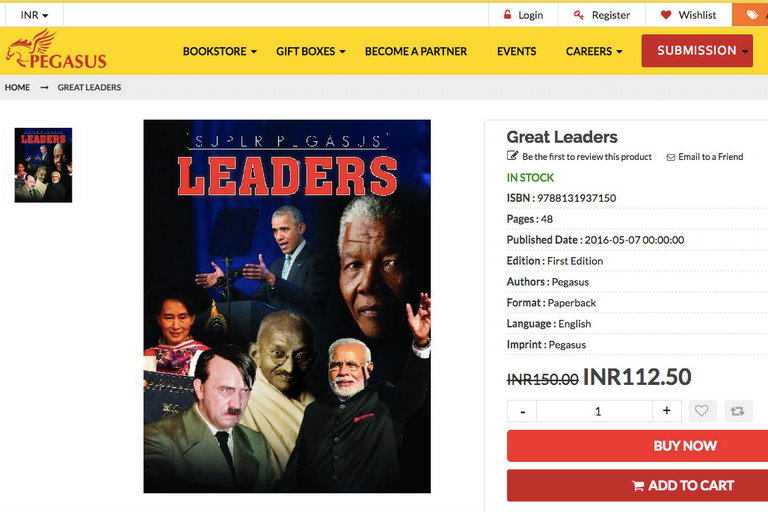